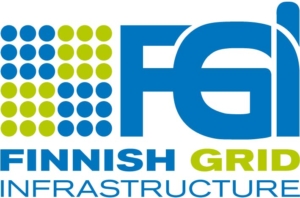 What were the main motivators for considering IT service management (ITSM)?

CSC is constantly working to improve the quality of the services provided to its customers. ITSM with its process orientation, continual improvement and proposed best practices provide us a very valuable framework to optimize our resources’ utilization and overall service quality, thus, improving our customers’ experience and satisfaction.

How did you approach the adoption of ITSM?

Because, in our understanding, implementing FitSM on a company the size of CSC would not be the most sensible first step, it was decided to use FGI as pilot implementation target. Thus defining “FGI – Grid Computing Service” as our service management scope. FGI also was seen as a good starting point due to it’s federated configuration which is also addressed by FitSM.

What were your main reasons for choosing FitSM as your guiding ITSM framework?

ITSM is not a completely strange concept at CSC. In fact, Service Management methodologies are being applied daily by our teams. However each of these teams can sometimes be using different approaches, processes and tools. The main motivation behind choosing FitSM as our common ITSM framework was its federation orientation, lightweight approach, availability of materials like templates and sample documents and the possibility to attend certified training with a very sensible and straightforward training schema.

What were the main successes you achieved by implementing FitSM?

A better understanding of all the components, dependencies and processes behind our service delivery. By implementing FitSM we have started a deep reflection about our services, this allowed us to identify sub-optimized aspects of it. Having our team trained on FitSM helped us improve communication effectiveness by using common ground vocabulary and Service Management concepts.

What would you consider as the main challenges you had to face when trying to implement FitSM?

While trying to explain what is FitSM it is natural to describe it as an ITSM framework, this for most IT people automatically reminds them about ITIL, documentation and very often “yet another layer of bureaucracy that stands in the way”. Quite often technical staff assumes it as manager’s work and, on the other hand, management sees it as part of every day operations for technical staff. Making them both see that ITSM is a whole company everyday effort is rather imposing. The most difficult part of implementing FitSM is to demystify what most people understands as ITSM and to demonstrate that although, yes, some extra effort needs to be put on the implementation, there might be some mind-set shift and there will certainly be change. This change will improve your service delivery both for the company and for the customers; your services will become more controllable, more transparent and thus more manageable, predictable and efficient.

Looking back: What worked well? What would you have done differently?

As part of FedSM project, the project behind FitSM creation, FGI team had access to ITSM consultancy. The help provided by FedSM consultants was paramount on our implementation process. FitSM training provided to our staff allowed us to harmonize our ITSM concepts facilitating internal communication and commitment. As part of FitSM framework sample documents and templates are provided, this makes the first implementation steps extremely easier, and also, in order to start improving our services we need to check were we are, what we are already doing well and what needs to be improved hence letting us know where to focus. To support us on this preliminary but critical work, FitSM provides very valuable a self-assessment tool, FitSM-6. FitSM-6 worked very well checking our maturity before implementation’s start as well as checking how well our service maturity was progressing during the same.

How did your organisation change during the process of implementing FitSM?

Training improved a lot communication. We started to talk the same language in what regards ITSM. FGI’s FitSM implementation triggered a growing interest on FitSM inside CSC and several groups are now using or considering using the FitSM framework and materials to manage their services.

What are your plans for the future?

For FGI implementation will continue. FGCI, the Finnish Grid and Cloud Infrastructure, is the FGI follow up project and will inherit most of FGI’s Service Management System. Company wise, FitSM is and will be used on several of our services. It is expected that FitSM will be more and more adopted by our teams inside CSC. 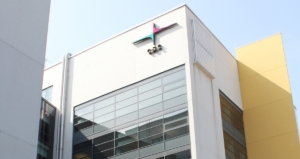